Since its technology is used globally and candidates might be recording their interviews at any time of day, Launchpad has to provide 24/7 support, and solve any problems fast to ensure candidates don’t abandon the recording process.

Three years ago, Launchpad was doing support in Zendesk, but Customer Experience Manager Nam Nguyen felt that it wasn’t the right tool and was recommended to try Deskpro.

“I started playing around with Deskpro, comparing it with Zendesk and I found Deskpro more user-friendly. I preferred the in-depth reports that are available and the flexibility that Deskpro offered in terms of being able to customize things.”

About Launchpad
Founded in 2010, Launchpad provides a video interview platform allowing recruiters to effectively screen candidates. Its technology is used worldwide, with clients including Microsoft, Europcar, EasyJet and GlaxoSmithKline.
Visit Launchpad
The Solution

A move to Deskpro offered better organization of snippets into categories, as opposed to a single big list. When an issue comes through to the Launchpad helpdesk, the agent goes to the technical logs, determines what’s the technical issue, and then they use a pre-written snippet which contains a solution. That snippet forms the base of the response; which can easily be customized to personalize the message, but the snippet makes up a good 80% of each message that is sent back to the candidates. Hence, reducing response times and improving candidate experience.

Another major advantage of Deskpro for Launchpad was the ability to easily forward messages out of the helpdesk system as emails to the recruiter.

“Only 29% of all queries are technical related. Some might actually be questions for the recruiter. Another plus of Deskpro is that it allows us to forward messages instead of having to manually copy and paste it into an email, such is the case in other helpdesk platforms (like Zendesk).”

"Comparing it with Zendesk, I found Deskpro more user-friendly. I preferred the in-depth reports that are available and the flexibility that Deskpro offered in terms of being able to customize almost everything. " 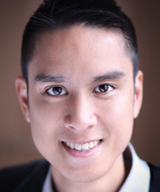 Today, Launchpad is able to respond to over 80% of candidates enquiries within just 15 minutes, and the rest within an hour.

Moving beyond reactive support, the company now uses a workflow within Deskpro to follow up on tickets if they don’t hear back from a candidate after eight hours.

To provide 24/7 support, the company has used international support teams. Initially, agents were based in Asia and Africa, using Deskpro’s support for multiple time zones, before focusing operations in the Philippines.

24/7 support means that Launchpads agents are working shifts, so multiple agents can touch the same ticket. Deskpro offers an audit trail, granting the ability to see which agent has actioned what exactly on a ticket. If something does go wrong, Launchpad can go back to see which agent potentially made an error or where it initially stemmed from.

On top of this, ticket locking, agent notes and viewing draft replies have been essential features of Deskpro used daily by Launchpads agents to ensure that the customer support team is working together and not against each other.

Launchpad now has a team of seven agents handling at least 200 tickets a day. Nam praises the user friendliness of the Deskpro agent interface.

“All our agents have a history in the support industry and the majority have used Zendesk before, but now they all prefer Deskpro because of the user-friendliness, the clarity of the interface and the flexibility of the software.”

Initially, Launchpad purchased Deskpro to help keep their support team small and nimble. However, because using Deskpro has allowed them to provide customer service that is streets ahead of the competition, they found themselves in the fantastic situation of having to scale their support team to match their increasing demand.

“Whilst we initially purchased Deskpro to use with a small team, we were well aware of how well it scales compared with other products. We felt this was future-proofing our business because we didn’t have to worry about searching for another helpdesk if our team started to grow.”

"Deskpro is a fantastic step up from what we had before. "

Create, manage and use a library of pre-defined responses to reply to customers with efficiency

Set up powerful automatic actions to run in response to ticket events.

Communicate to other agents that you’re working on a ticket, and prevent them from editing or replying.