How FROSCH improved their customer care efficiency by moving from Outlook to Deskpro On-Premise.

Global Offices
40
Client Retention Rate
98%
Summary
After realising that Outlook was not providing the customer care team with enough tools, FROSCH Travel decided to look for a helpdesk software solution that could be customized to fulfill their precise workflows.
The Challenge

Chris Evans, VP of IT Operations, knew that FROSCH had to make a change to their customer support software. Their current solution, using Outlook shared inboxes, was clumsy and preventing them from improving their customer satisfaction rating.

"Things got to a stage where we knew we had to change. Management couldn't give reasons why things were happening because we didn't have the reporting capability."

A lack of visibility and reporting on the agents activities, including whether 10 minute SLAs were being hit or not, was making management of the remote teams even more tricky. Having a global team brings global problems. Having auto-assignments to out-of-hours teams, round robins and custom working hours was something that Outlook shared inboxes was unable to provide.

For every organization that works with FROSCH they have their own email address that employees can email for support and travel solutions. With over 600 organizations, things can get out of hand if not managed properly. So Chris and Michael began the search for a helpdesk software platform to skyrocket Frosh’s customer service output.

About FROSCH Travel
FROSCH Travel is one of the world’s leading corporate and luxury travel management companies. Co-headquartered in New York and Houston, they have offices in more than 40 locations worldwide.
Visit FROSCH Travel
The Solution

As FROSCH had previously only had Outlook as a customer support tool, Chris was anxious that there would not be a tool on the market that could work with their number of teams and business rules. With 75% of their communication via email, he was also keen to ensure that the visibility on the customer support teams was completely transparent.

Michael Kennedy, IT Infrastructure Engineer, had previously worked with and implemented Deskpro at another travel management company. During the final stages of evaluating the shortlist of helpdesks, Michael was sought out by Chris to provide expertise on how Deskpro could be integrated into the FROSCH support workflows.

"This is the second company that I've implemented Deskpro at, and I knew that it could do what we needed it to do. Having both Cloud and On-Premise deployment options meant we could make that decision later down the line."

Initially, FROSCH were looking at Deskpro Cloud, however, they realized that with Michael and their mature IT team, they would be able to mould their helpdesk slightly more with the On-Premise option. They made their decision to proceed with Deskpro, starting with a proof-of-concept trial. Michael set up Deskpro to be used with just one client that had access to both a day-time and after-hours support team, so that they could both test it. After the initial testing phase, the team at FROSCH were able to scale up very quickly.

“Deskpro’s Admin interface is so powerful, especially with the different options (new, update, reply) for ticket triggers, it is a huge advantage for us at FROSCH. We have UK, EMEA and US routing and using triggers that allowed me to create custom filters for email addresses that distribute tickets across 4 support teams depending on the time of day, day of the week and type of enquiry.”

"We spent four months, combing through all the various ticketing systems, and Deskpro kept coming out top. " 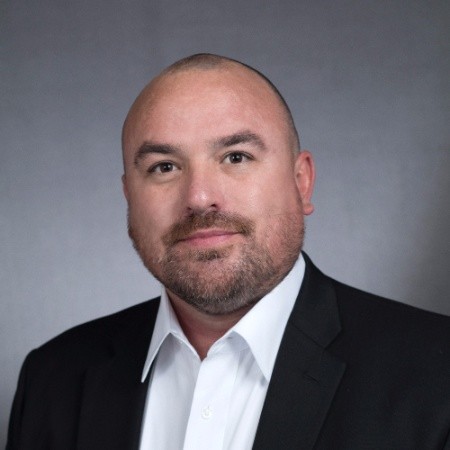 “We have 734 new ticket triggers, 850 departments and over 650 unique outgoing email addresses. Once we had set them up, it has saved us countless hours by automating so many of the complexities of routing, mapping and responding.”

Deskpro has taken over many manual tasks such as evaluating competence and consistency of agents, as well as the resilience of the teams at certain times of the week. The built-in reporting and dashboards have enabled Chris and the management team to see who are the high performers in the team are. It also opened their eyes to team members that were traditionally thought of as high performers, were actually minimally engaged. So has allowed FROSCH to ensure their team only contains efficient and effective agents.

“In traditional Outlook, we didn’t have any visibility on how agents were responding and what they were responding with until there was a complaint. But now we have instant visibility, plus how, when and the frequency of their responses.”

The agents working in the support team are now accountable for doing their jobs well, which has been a key business model change. Being able to implement SLA’s and be accountable to them, has helped to improve the customer experience as well as enabling the support team to take more pride in fast and effective responses.

“Notifications in Deskpro have been huge. We integrated Clickatell with SLA’s so that if a certain threshold is reached, such as X tickets in X time, it sends a text message to alert the appropriate team members. It has been wickedly successful and very well received in our after-hours and operations groups.”

After Michael lead the architecture and set-up of FROSCH’s new helpdesk, he is handing over the reigns to Chris and his team. With so much customization of triggers and escalations, Michael leveraged the API to allow new rules to be created by other departments.

“Michael has done some serious surgery and building to the platform to customize it completely to our workflows. That is one of the best things about Deskpro, it works as an out-of-the-box solution but you can also make it completely your own. That’s where the power is.”

Traditionally, corporate travel has always been done via email or phone. Chris and the team at FROSCH understand that communication is changing, especially between different generations.

“Before we even started looking for a helpdesk solution, we knew the future for Frosch needs to include different channels of communication, such as live chat, to allow us to keep up with millenials.”

Because the Live Chat channel in Deskpro is already included in the license, Chris knew that they were future-proofing their helpdesk. Rolling-out live chat at FROSCH doesn’t have to incur any upgrade costs or the use of another software tool.

When they are ready, FROSCH plan to test out Live Chat with a select group (using chat permission groups) before making it available to all their customers.

"It is great to see the software is always evolving, it has significantly improved since we started using it. "

Build powerful products on top of your Deskpro helpdesk with our APIs, apps, and mobile SDKs.