Download as a PDF
Agents
200
Summary
NMIT needed improve the transparency and productivity of their customer support system that was run across 30 shared inboxes in Outlook. They also had the desire to display useful content on their website to their users. In late 2015, NMIT made the decision to implement a Deskpro helpdesk and they haven’t looked back.
The Challenge

For a number of years, the NMIT customer support system had survived on using 30 shared Outlook inboxes. They had challenges managing emails, FAQ’s and their overall customer service.

“Looking back, our previous system seems ridiculous. We had no way of tracking emails, no transparency and not much collaboration between departments. Things kept getting lost or forgotten about.”

The NMIT website was also being completely overhauled and re-designed. The digital team at NMIT felt that the website content needed to be thinned, but wanted a way to provide more content for supporting students and potential students.

This lead Marketing Systems Co-ordinator, Olly Barrett, to search for a helpdesk platform that could offer both a ticketing system and knowledge base software.

“At a previous role, I had used Zendesk, but it was very expensive if you wanted all of the features and had a lot of hidden costs.”

About NMIT
NMIT is a Polytechnic college in New Zealand. With over 4,000 students across 3 campuses, they are a complicated business. Being an educational institute, they needed the option to bring together both student support, satisfaction and a ticketing system and scale that to both external and internal users.
Visit NMIT
The Solution

After an extensive search, NMIT deployed Deskpro on cloud. Within the education sector, it is key that personal details and information are kept secure. Utilising bank level security on the Deskpro cloud account (and the option of On-Premise deployment if needed) NMIT see the implementation of Deskpro as a long-term relationship.

Over 25% of the content on the NMIT website is contained within the knowledge base. The team wanted to guarantee that that information would be available for students and other users as much as possible.

“We decided to deploy Deskpro Cloud, because it has such a good up-time and I enjoy not having to worry about the maintenance of the servers and helpdesk health.”

Previously, NMIT didn’t have access to any reporting surrounding their customer service. Whilst reporting gives stats, it doesn’t show the whole story.

The audit trail that can be followed within the ticketing system allowed Olly and the other helpdesk managers more transparent view of audit logs and provide the ‘story’ behind a ticket and help explain why and what happened.

“Access to audit trails took away a lot of debate. We could see exactly what had happened to a ticket and who needed to action it, that has really helped us with managing our support agents.”

"Deskpro has worked out tremendously for us at NMIT and I regularly find myself recommending Deskpro to others. " 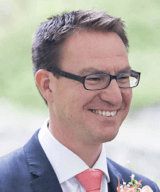 Olly Barrett
Marketing Systems Co-ordinator, NMIT
"Looking back, our previous system (before Deskpro) seems ridiculous. We had no way of tracking emails, no transparency and not much collaboration between departments. Things kept getting lost or forgotten about. Now that has all changed thanks to Deskpro. "
Olly Barrett, Marketing Systems Co-ordinator, NMIT
The Benefits

Empowerment of customisation and addition of automated triggers ensured that the impact of NMIT switching to Deskpro, were felt instantly.

Before Deskpro, the IT department at NMIT would regularly get contacted about issues (mainly trivial) that could actually be solved by the students. They set about building up their IT knowledge base with FAQ’s. Combined with ticket deflection on the contact forms, the new system dramatically reduced strain on the IT department's resources.

“Overall, we found that a lot of students actually enjoy helping themselves, when it comes to support. They are the ones in control. But if they need extra help, we are always there.”

Initially, the customer support agents at NMIT were hesitant to change from Outlook. But Olly and his team made sure that they took advantage of Deskpro’s training options to help empower their agent teams. Two weeks later, the agents had completely switched to Deskpro and have never looked back.

“The team at Deskpro have kept us informed about their roadmap and new features to be added, which has helped us to plan our next moves in advance.”

Under Olly’s guidance, the customer experience at NMIT has been steadily improving over the past couple of years, bringing on more agents, training and aligning different departments.

“Our aim is to provide the best service for our users, we are still figuring out our best processes, but I feel like we have found the best help desk software to help us succeed reaching our goal.”

Currently, NMIT are using Deskpro for external support, but the addition of the multi-brand feature in the software last year, has opened up the option of interconnecting external and internal communications in one helpdesk.

“Deskpro has worked out tremendously for us at NMIT. The education sector in New Zealand is very tight-knit and I regularly find myself recommending Deskpro to others.”

"We are a very complicated organisation, Deskpro has never once let us down "

Run reports based on agent actions across certain dates to audit or monitor or audit activity.

Support multiple brands or child organizations from a single helpdesk.