How Ganesh Hosting broke free from a limited heldesk to unlimited possibilities with Deskpro.

Customers
500,000+
Green Datacenters
100%
Summary
Ganesh Hosting found they were being limited by their previous helpdesk, so they need a helpdesk that would not set restrictions on their support team.
The Challenge

Ganesh Hosting is responsible for providing over 500,000 companies with advanced hosting servers and solutions. In order for them to be able to deliver reliable and consistent support to their clients, it is necessary to ensure everything is running without fault, including their helpdesk software.

Ganesh had a previous helpdesk solution, but they found that this application did not feel like a finished product. Simon Hintermann, and IT Engineer at Ganesh, was part of the team that began the search for a new helpdesk.

After realising that they wanted more out of their helpdesk, time was spent searching into helpdesk options that would be a good match. Once they found Deskpro it became evident that they could personalize processes for their agents, which would help them streamline their responses.

“Comparing, it's a much more complete product, so we can do almost anything we can think of with Deskpro.”

As personalization of projects is a crucial part of what Ganesh Hosting offers, the fact that there was not the ability to customize their previous helpdesk in a way that would make it easy for agents to use, felt wrong.

“Deskpro was a good fit, because it has many, many, many ways to configure it. We could get the helpdesk set up exactly how we wanted.”

"We can do almost anything we can think of with Deskpro. " 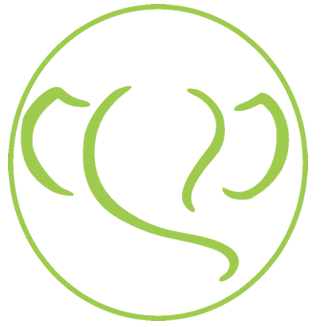 As the support team for Ganesh are an independent team, it was important that using and setting up any new software is intuitive and does not require assistance. Deskpro offers a wide range of documentation which has allowed the team at Ganesh to remain independent and able to answer queries as soon as they arise, and in their own time.

“The documentation is very complete and easy to follow, which made setting up our helpdesk system really easy.”

After moving to Deskpro, Ganesh have been able to set up automatic procedures for when specific tickets get received. This allows them to spend more time on the personal tickets that do take up the time and on higher value clients.

An additional benefit of Deskpro is the mobile app that is on offer. This allows the agents to make their helpdesk portable and offer assistance even if they are not able to be in the office.

“The mobile apps are very cool. We use them a lot for when we are away from our desks, or out of the office.”

As Deskpro offers so much customization, Simon plans to tweak different workflows that match the variety of the hosting solutions that Ganesh offer as they expand.

The team are also looking at the possibility of adding more channels of communication into their helpdesk, alongside email.

"The mobile apps are very cool. We use them a lot for when we are away from our desks, or out of the office. "

Improve the quality of your customer support

Communicate with only other agents within open tickets using notes and @ mentions.

Author and publish articles that provide users with how-to information and answers to FAQs.

Utilize core agent functionality on both Android and iOS apps.