High Volume Support With A Human Touch, Powered By Deskpro

Download as a PDF
Agents
20
Summary
247Time’s Cloud platform connects the UK’s largest enterprises with recruitment agencies who supply temporary staff. Both employers and agencies need support, resulting in an effective support base of tens of thousands, and a high ticket volume, which 247Time manages with Deskpro.
The Challenge

247Time originated as a recruitment business, but in 2011, switched its focus to providing a vendor management solution for recruitment of temporary workers.

The 247Time platform simplifies the process of hiring temporary staff for large organizations. 247Time manages contracts, rates and hours, reducing complexity for employers, while recruitment agencies can upload information to validate that each employee has the right to work and the correct certification.

The platform became very successful, with wide uptake by the National Health Service. As the business grew, the need to triage incoming calls and emails to prioritise the most urgent became increasingly important.

247Time looked for help to improve their processes with their existing Zendesk helpdesk, however they ultimately decided to drop Zendesk and move to Deskpro.

John O’Leary, Head of Information & Compliance at 247Time, explains why: “I was concerned that we were going down that same route, that we were developing everything to be totally automated, combined with the lack of customer support from Zendesk (our old helpdesk) meant that we needed a change. We chose Deskpro because we wanted a helpdesk system to give us the flexibility to improve our productivity as well as provide a human element to our customer support.”

About 247Time
247Time’s vendor management solution connects employers throughout the UK with recruitment agencies who supply temporary staff, from fork-lift drivers to doctors. 247Time works with over 400 recruitment agencies and enables the supply of staff to many of the UK’s largest companies, as well as to the National Health Service and local government.
Visit 247Time
The Solution

The greater flexibility of Deskpro has enabled 247Time to manage up to 300 tickets a day, but still keep a human touch to their support.

247Time uses Deskpro’s SLA feature to track response time, with a goal of delivering a first response within four hours. John describes the way tickets close to the four-hour threshold are highlighted to agents as “extremely valuable”.

To keep ticket volume down, 247Time focuses on educating users and guiding them to the most efficient channels and self-service options. All support enquiries must initially go through Deskpro as the first port of call: phone callers have to quote a ticket number.

247Time also uses Deskpro’s integrated reporting to track which organizations generate most tickets. By utilising the powerful reporting dashboard in Deskpro, 247Time were able to identify that five agencies accounted for some 30% of the tickets that were coming into their helpdesk. This allowed them to reach out to those particular agencies and understand exactly what their needs were, to help bring their support tickets down with extra training.

"What we found is probably 50% of the inquiries that we’re getting are questions that people could answer themselves, making the implementation of a knowledge base priceless " 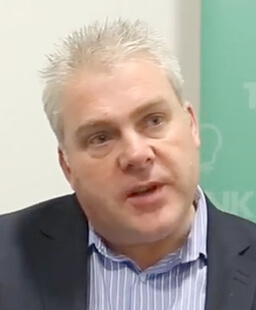 247Time provides support for tens of thousands of users with a relatively small support staff.

Using the data from the reports in their helpdesk helped 247Time to make their biggest discovery about their support; about 50% of the inquiries they received were questions that people could answer themselves.

The support team focussed on building out their knowledge base, initially adding the most popularly asked questions, followed by more niche issues as they came in. This combined with ticket deflection, helped to dramatically reduce the number of tickets received by the 247Time helpdesk as well as providing a comprehensive self-service option, available 24/7.

“Ultimately, what Deskpro has been able to give us is the ability to stand back and look at the broader picture of how we are performing as a business so we can focus on areas that we need to. We wouldn’t had been able to do that had we not got a system like Deskpro in place.”

The recruitment industry is always changing and the past few years have seen an increase in companies looking to use temporary staff.

247Time know that they need to be providing the best support to their clients in-order to stay ahead of the competition. “Customer service is changing. People expect answers now, not tomorrow.”

The next step for 247Time is to utilise Deskpro’s live chat feature and offer it to clients and potential clients across all pages of their website. “The fact that we can have everything in one place, makes Deskpro invaluable to our business.”

"We have a 54-inch monitor on our office wall with Deskpro linked to it. The support team can look at that and see the calls that are coming in, what’s been answered and what our SLAs actually are. We use that as a monitoring function in terms of performance standards every day. "